SOME FUCKING PEOPLE i swear to god it’s like their whole lives revolve around what everyone else thinks of them. here’s a thought it’s not that important!!! furthermore how i act shouldn’t matter to you since you’ve written me off anyway. and you can’t kick me out or ban me. i didn’t do anything illegal so fuck you and the entitled fucking horse you came in on. forget everything i might have said about hoping and wanting to try, forget whatever promise i mad to my mom too. she means well but i swear to christ she’s blind when it comes to your dumb fucking ass. we won’t even get into your totally backwards views on the human condition (who i am is not a sickness) and let’s just focus on this passive aggressive attempt to avoid conflict while also building up your narrative to make yourself the victim in all of this. either talk to me yourself or get stuffed 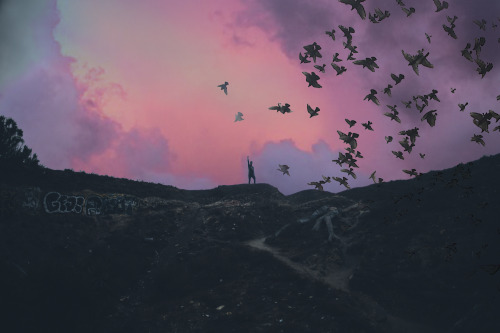 tags :// #personal
Post
▇
▇
▇
I didn’t want to wake up. I was having a much better time asleep. And that’s really sad. It was almost like a reverse nightmare, like when you wake up from a nightmare you’re so relieved. I woke up into a nightmare.

Post
▇
▇
▇
Anonymous beatboxes: that ttly sucks about your dad i know how you feel tho! same w me and my dad and idgi i feel like i did soemthing wrong yk? too bad we can just magiclly fix everythng

a magical fix would be real nice, maybe something like a quick press of the button and it all sorts itself out. but then what would we bitch about on tumblr? i know i wouldn’t have a lot of anything if not for my dad’s jackassery. i hope shit gets better with you and your dad though. depending on the circumstances you could try sitting him down and explaining you feel disconnected? or, if you have a decent relationship with someone he’s also close to, ask them for input on how to salvage whatever is left between you and your dad.

just a bit of a personal rant

it’s crazy to think about how close my dad and i used to be when i was a kid. we were practically inseparable. he worked a lot, so i wasn’t always able to see him, but when he was around i couldn’t ever get enough of his time. i always wanted to hang with him and talk to him.  shit, i’d be four years old and you didn’t have to tell me to be quiet, i had no problem with keeping my mouth shut and staying still so long as it meant i could be next to my dad. we’d spend whole afternoons outside kicking shit around or hitting the streets wearing giant sunglasses and riding bikes. we were a thing. a kind of cliche father and son thing. i mean, don’t get me wrong, i was a mama’s boy then too. i was born a mama’s boy and will die a mama’s boy. but i was still super tight with my dad.

i don’t think he stopped loving me then, but i know he stopped liking me. once i was making my own opinions and voicing then he just seemed to like my company less and less. we started fighting. crazy fighting, though. shouting, slamming doors, screaming, making threats that neither of us really meant but we were so heated and so frustrated with one another. and i think at the core of it all was the fact that i no longer saw him as some kind of god. i think it cut to his ego and it shook me up. my mom was different, she’d always been honest about her flaws. but my dad refused. tried to make it seem like he was perfect. never did a thing wrong. and for so long i just took it at face value, i believed him without question. until one day i didn’t.

of course it only got worse. we don’t talk at all really or i we do it’s usually through someone or really awkward and strained. this is probably how it’ll be for the rest of our lives and i’m mostly okay with it. came to terms with the break in our relationship a while ago, but doesn’t mean i don’t miss him. even if he is a total ass.

A Simplified Guide To The Sexualities 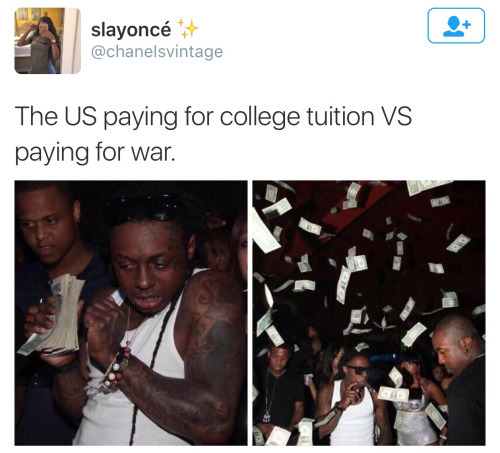 it’s funny but it’s also not. this could really be said about most (if not all) countries and how they prioritize conquering the world over uplifting, educating, and inspiring the youth on their own soil. there’s such a disgusting mentality that education is a luxury when it is a right. if someone wishes to further their learning they shouldn’t have to jump through hoops or pay with their soul just to get a little further. i understand that nothing can be free, costs will be inevitable as to ensure the institution doesn’t go belly up, but the prices being put on education make no sense. it’s very selfish and, honestly, the worst thing anyone could do to their own society. progress comes from freedom of the mind and in learning.we’re holding ourselves back as a species by making a business out of education.

it’s not just blackface, though. it’s colorism as a whole. there’s such a ridiculous expectation for everyone to be white as snow when it’s a) unrealistic and b) disgusting. even the big bad “king” salman srivastav openly bats for skin whitening products. i wouldn’t be surprised if he’s the reason his daughter has been looking so pale lately, probably slathers it on her face while she sleeps. it’s amazing how many talented indians are kept out of the industry because of how dark they are. honestly, i’d even go as far as to say they’re trying to hide anyone darker than milky coffee as though there’s something to be ashamed about in the amount of melanin in a person. it’s frustrating that here we are, as asians, asking for respect from the rest of the world, knowing what it’s like to be prejudiced against, but we can’t offer our own people even an ounce of what we’re wanting. this is why there’s upset, why insecurities run high, and why we’re not making any real progress. how can we be proud of ourselves as a people if we’re promoting that white is the way to go? how can we be proud if we’re belittling people for being “too dark” only to turn around and slather on blackface for laughs???

bollywood isn’t the only one though. i’m looking at you, iran. the fuck is up with your new years jester being done up in blackface??? if we want change for ourselves in the rest of the world we’d better start at home and with ourselves.